* In case of any delay in receiving the OTP, you may verify it later. Please proceed without verification.

Farrukhabad is located amidst many popular tourist destinations which are fine spots for weekend tours from the city. The good transport facility, highways and the Farrukhabad railway station support the outstation tourism. 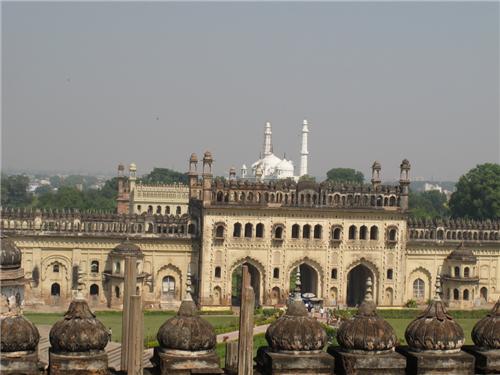 How to Reach Lucknow

Kanpur city, on the banks of River Ganga, is very popular for its tourist spots, restaurants, sports and shopping centres. Jajmau in Kanpur is of historic importance as the land homes ancient antiques which belong to 600-1600 AD. The present Jajmau homes popular shrines like the Siddha Devi temple, Siddhapuri temple and numerous masjids. The other popular tourist destinations are Jain glass temple, Allen forest zoo, kamla retreat, phool bagh and Nana rao Park. The city is also famous for its leather products.

How to reach Kanpur

How to Reach Raebareli

The “Attar” city or the perfume city Kannauj, on the banks of River Ganga, has popular tourist destinations like the ancient Siddheswar temple, the mela ground outside the temple is also popular in the city. One-faced and four-faced lingas are very popular in Kannauj. The Archaeological Museum in Kannauj displays fine collections of ancient coins, painting, terra cotta, pottery and sculpture belonging to Maurya period. Perfumes are very popular shopping product in Kannauj.

How to Reach Kannauj

Sravasti is said to be the birth place of Jain Tirthankar Sambhavnath; Jain temples and festivals are very popular in the city. One such Jain temple is the renowned Sobhanath Temple. The 32-acre plot of Saheth and the 400-acre plot of Maheth are very popular tourist destinations in Sravasti. The Saheth is a prime pilgrim destination in the city as it grounds many jetavana monasteries, Gupta-style shrines and stupas belonging to Kushana period. Maheth is recognized as the remains of old Sravasti city. The Buddha Purnima mela and the Jain mela are very popular in the city and is witnessed by thousands of visitors.

How to Reach Sravasti

Mahoba city houses many popular temples like the granite structure of Kakramath temple, Madan temple dedicated to Lord Vishnu, granite sun temple constructed by Rahila, a Chandela ruler, and the Manaiya Devi temple on the shores of Madan Sagar are visited by numerous devotees every year. Buddhist and Jain centres are also very popular in the city. The ideal picnic spot of Vijay sagar pakshi vihar and Gokhar hills are famous in the city. The Gokhar hill is popular for its waterfall and granite structures on rock.

How to Reach Mahoba