Business and Economy of Farrukhabad 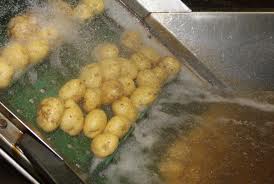 Farrukhabad is located on the banks of the holy River Ganga, Ram Ganga and Kali River and located in the centre of Doab region. These rivers make the soil fertile as they play a vital role in the process of irrigation. The city is primarily an agricultural base and it forms the main occupation of the locals residing in Farrukhabad. The land is one of the largest manufacturers of potato in the nation apart from potatoes the city also produces wheat, oil seeds, pulses, water melon and certain vegetables. Kaimganj tehsil of Farrukhabad is popular for its production of mangoes, tobacco and guavas. The city cultivates about three crops in a year at a very high yielding average. Most of these crops are exported throughout India and to certain countries. Tube well irrigation and the monsoon contribute well for the crop cultivation in the city.

Agriculture is the main factor for boosting the economy of Farrukhabad. Agriculture allied industry is very popular in the city. Farrukhabad being the largest producers of potato also makes the city one of the leading exporters of potato to various parts of India due to the reason Farrukhabad is popularly called as the “Potato City”. The city also homes a large number of cold storage for potatoes. 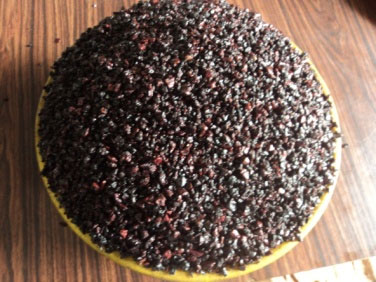 The city has many food processing units started by Farrukhabad businessmen which offer employment to many in the city. The city is also known for its delicious snack “Namkeen” which is manufactured in high quantity for local sales and also for exports.

Farrukhabad is very famous for a special hand embroidery work called as “zardozi” on garments. This clothing industry is very big establishment here as it employs thousands of locals in and around the city. Zardozi is a collaboration of Iran, Bangladesh and Pakistan hand embroidery work made out of metal which once decorated the royal courts of India. Mostly gold and silver threads are used for knitting zardozi work and the design is embossed with beautiful stones and pearls. 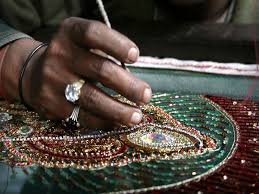 Khalique Sons International is a popular clothing industry in Farrukhabad which was established in 1996. It is one of the leading manufacturers and exporters of fine garments. The manufacturing unit consists of all latest equipment like eye letting unit, heat machine, stitching machines, cutting edge machinery and testing equipment.